October 15, 2019: Post Office Alley is complete with the exception of landscaping to be installed by the end of the month. Varsity Alley's new lighting is being installed and old lights removed this week. Some additional brickwork is also planned near the rear archway.

August 26, 2019: Post Office Alley is nearly complete with the only element left to install being the archway on the Wallace Deck end of the Alleyway. Varsity Alley work is underway with the stone steps adjacent to the alleyway in the Rosemary Columbia Parking lot.

All businesses in the area are accessible. Pedestrians are diverted from the Wallace Deck to Rosemary and Henderson streets to access Franklin Street. Both Alleys will be accessible during UNC football games.

A key project in the Downtown 2020 Work Plan is to improve Access and Variety in the Downtown. Our project goal is to design improvements for downtown pedestrian alleyways that will address safety concerns, provide opportunities for place-making and expand wayfinding accommodations using both traditional and experimental techniques. Improvements include:

The Town is working with local landscape architecture firm Swanson & Associates to design the above described improvements to the Post Office and Varsity Alleys. The objectives are to increase safety through lighting and lowering planters; adding wayfinding elements (arches) to identify the alleys and make them more welcoming to pedestrians; and making a beautiful blank canvas for future art installations.

These plans are based on the early 2017 public input process described below. Construction will begin in May 2019.

Click here for the report of design opportunities for the Post Office and Varsity Alley from March, 2017. 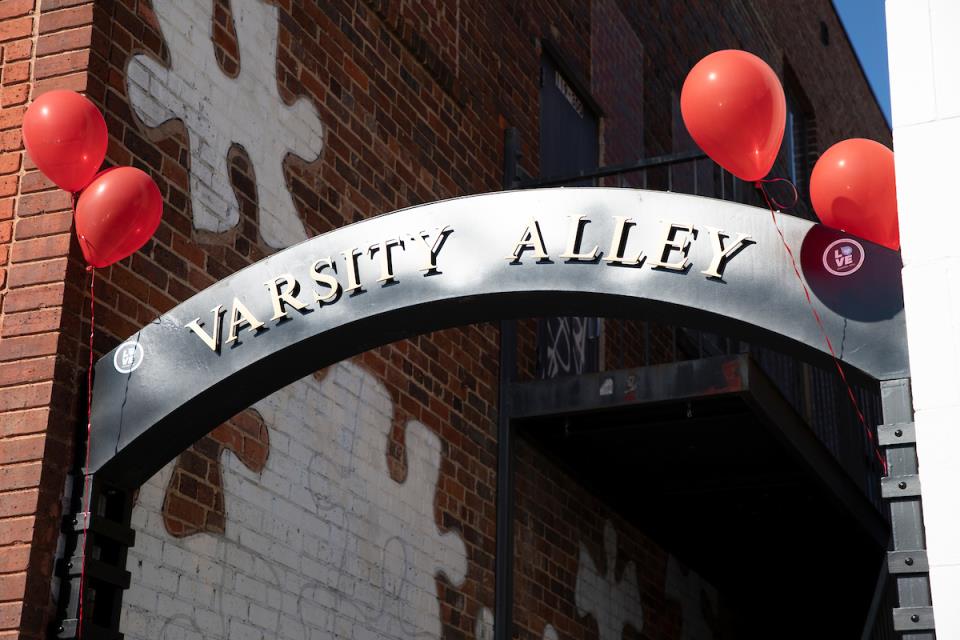 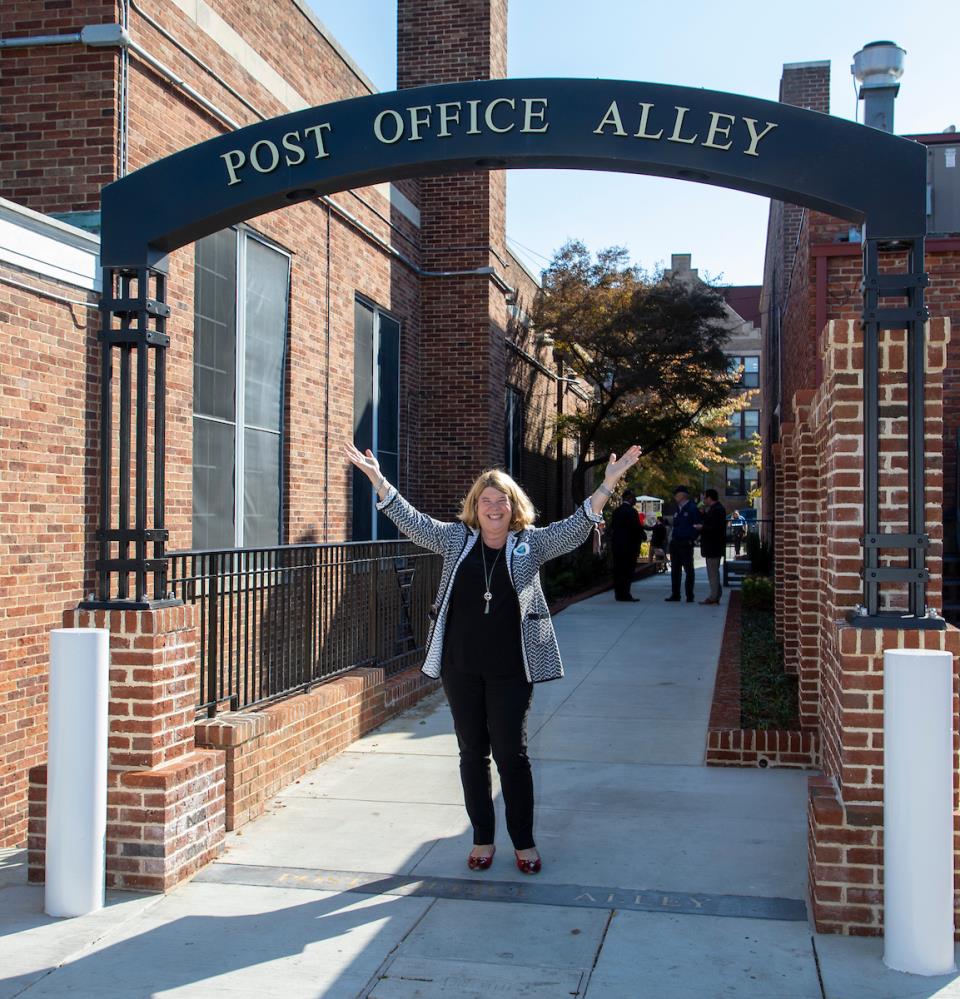 The signage and lighting improvement are part of the Town's continuing efforts to experiment with new ways of adding wayfinding, vibrancy, lighting and amenities to the Downtown. The Town welcomes your input which can be sent to info@townofchapelhill.org. 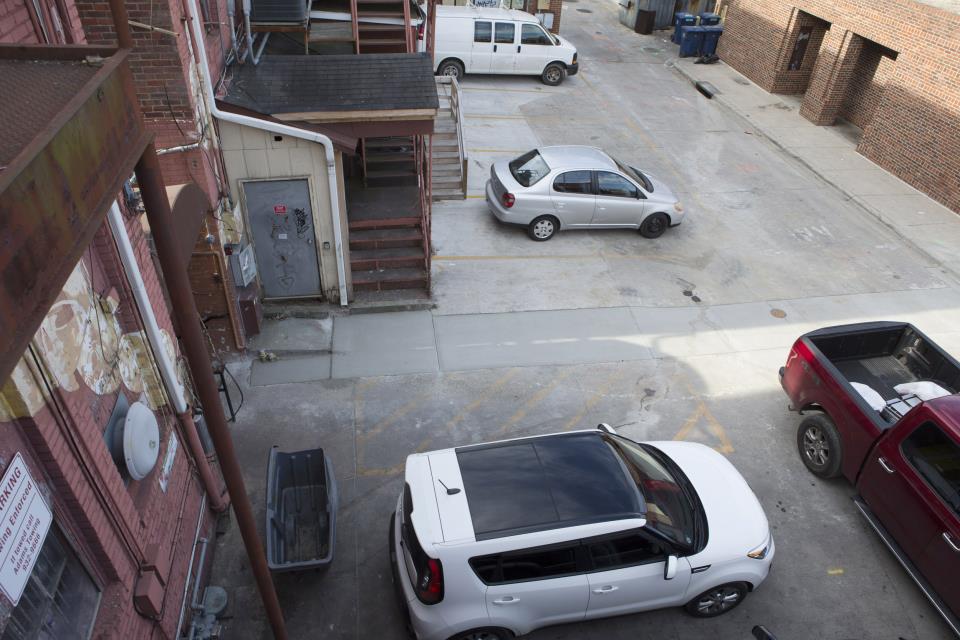 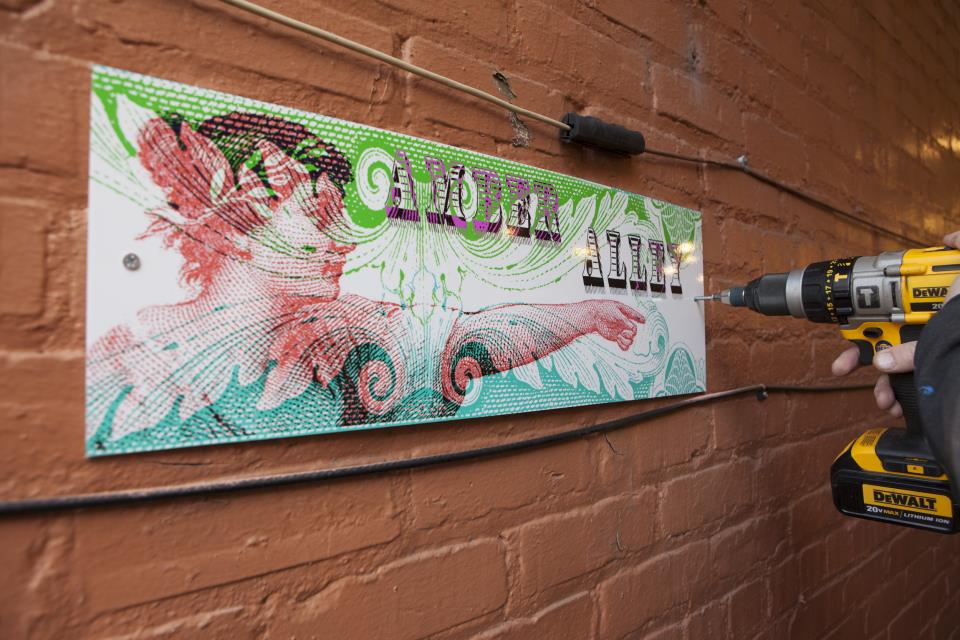 Trenching was completed and art signs installed in December, 2017. The art signs were created by local Garner artist Frank Kreacic and come alive when viewed with 3D glasses.

North Alley refers to the driveway around the Wallace Parking Deck on E. Rosemary St. This space is often the first impression visitors to Downtown and UNC receive and, as such, is of importance to the Town and Downtown stakeholders. A cross-agency team of Town and County employees from many departments has been examining opportunities to improve this space and the Town is partnering with private property owners to improve space that borders Town and private property.

Improvement opportunities and related projects include: 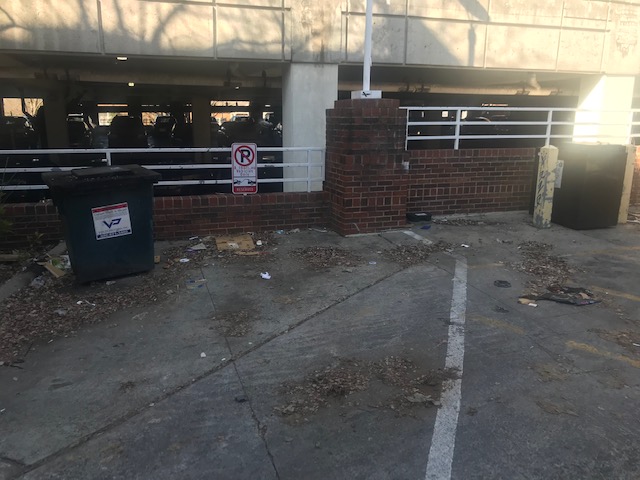 Before and After Chapel Hill Police Department improved area behind Wallace Parking Deck along North Alley.

Public input meetings were held in the fall of 2016 and early winter 2017. Residents were invited to provide feedback on different design ideas. This input is being incorporated into the design drawings. 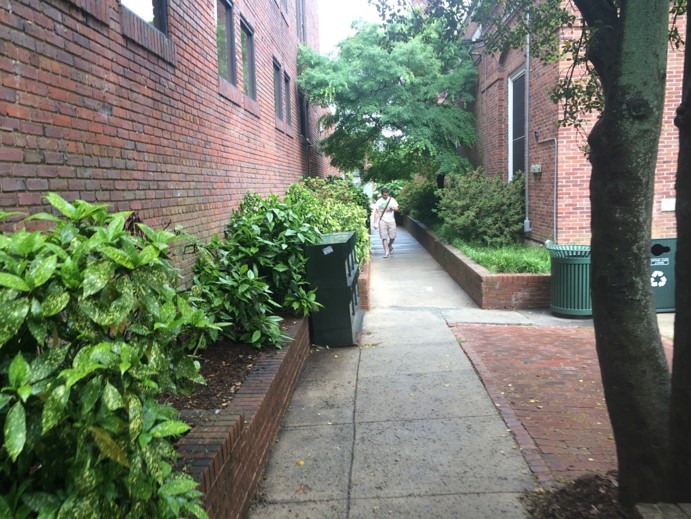 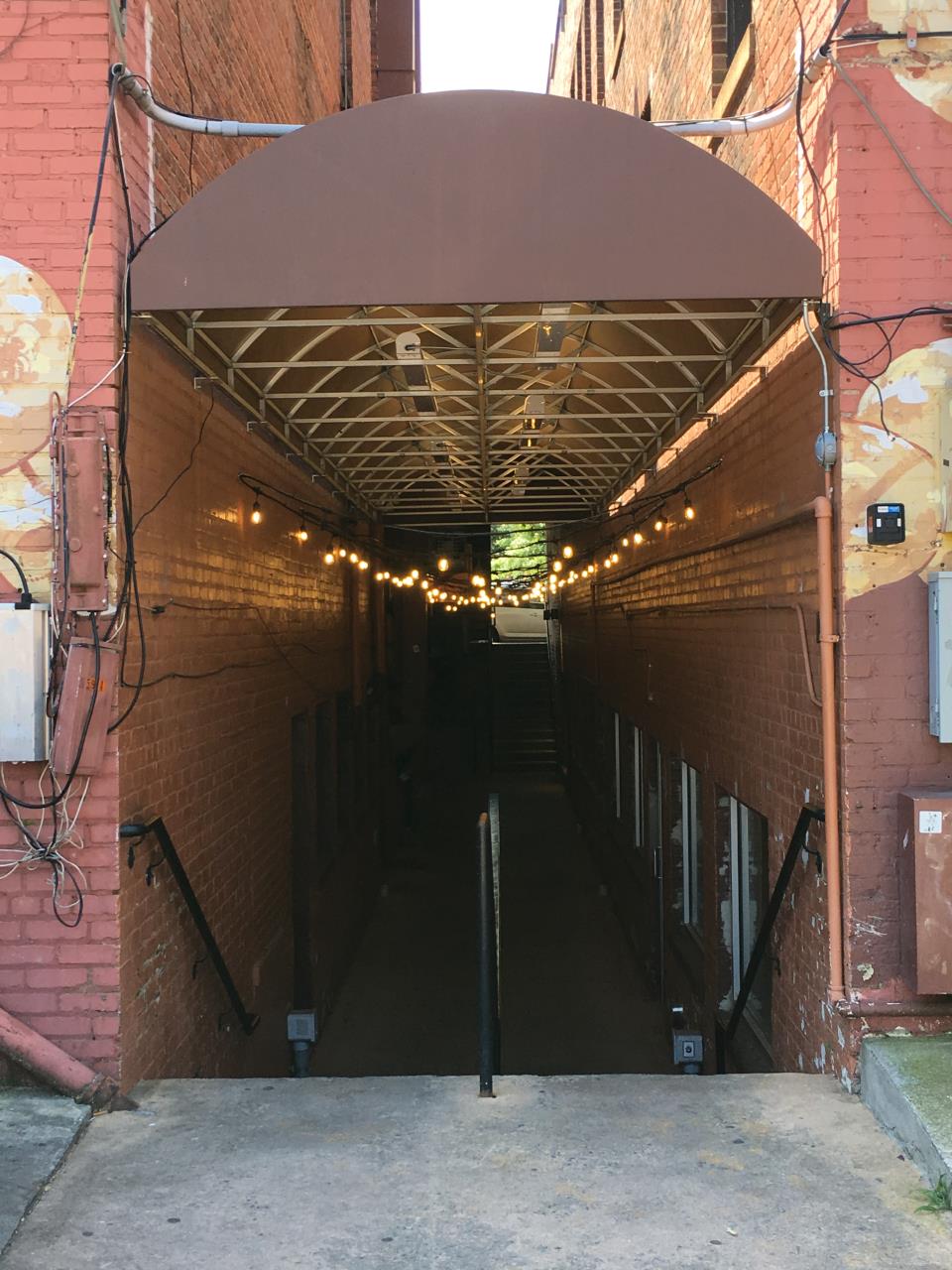 Post Office and Amber Alleys as they exist today.

This project is sponsored by the Town and is supported by the professional firm of Swanson + Associates, P.A. For more information, contact Sarah Poulton (spoulton@townofchapelhill.org or 919-969-5009) or David Swanson (david@swansonlandscapearchitecture.com). 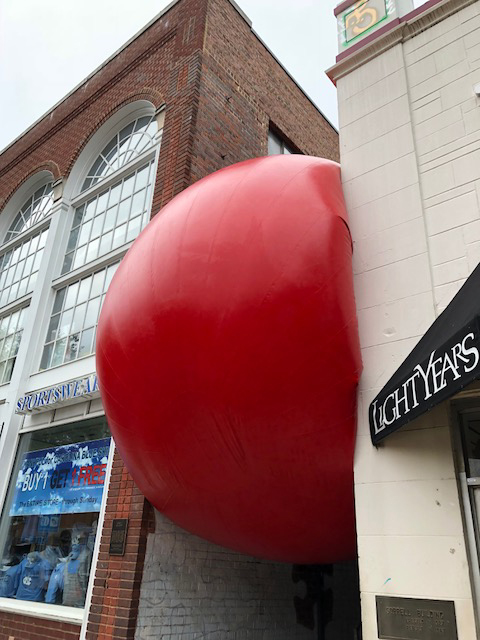 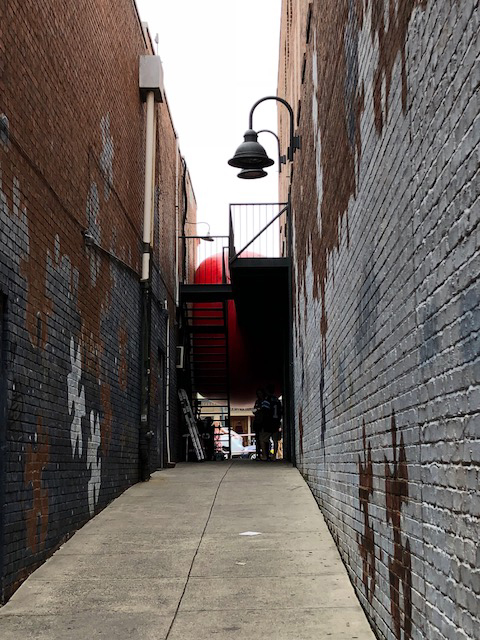 The Redball Project came to Varsity Alley in September, 2018.