In 2018 through 2019 the Town worked with representatives of UNC to identify a potential new bridge location. We believe we have found a suitable site near Bartram Drive. The proposed new bridge would likely be designed for pedestrians only (instead of a bicycle/pedestrian bridge). The new location would allow the NC Botanical Garden to extend its natural surface trail system to connect to Arboretum Drive on the south side of Morgan Creek. This approach would also allow the Town to achieve its goal of connecting the two neighborhoods on either side of Morgan Creek with a pedestrian bridge. Preliminary investigations indicate that a bridge in this location would successfully meet the goal of not increasing flooding on private properties, although full flood modeling is necessary to confirm this assumption.

See below for maps that show the neighborhoods that would be connected and the approximate locations of current trails, future trails, and the proposed bridge. 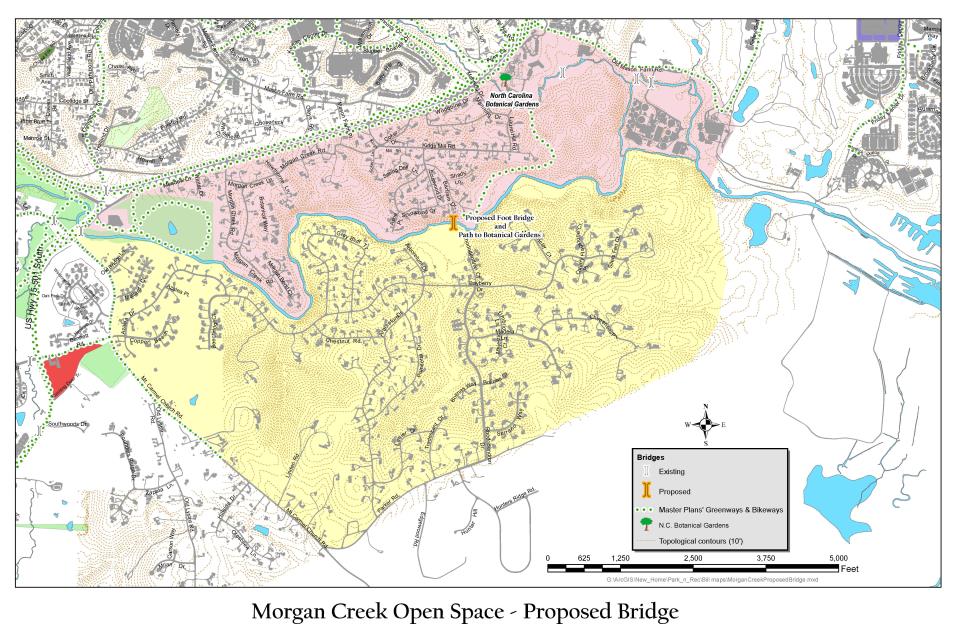 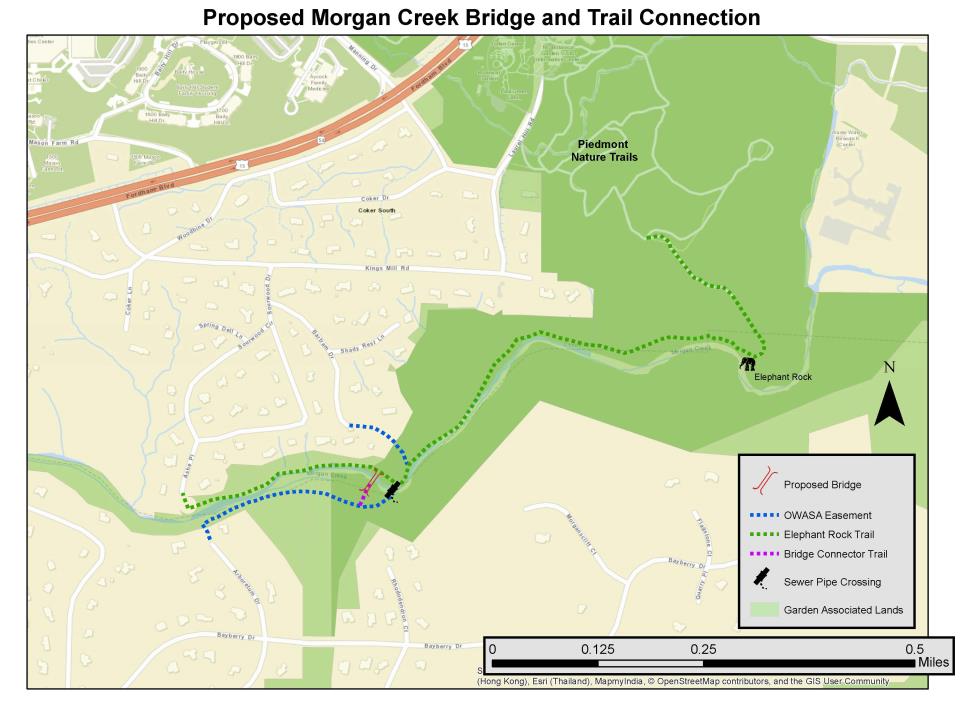 PREVIOUS PROPOSAL - BRIDGE AT ASHE PLACE AND ARBORETUM DRIVE: In 2016 and 2017 the Town worked on a project to install a bicycle and pedestrian bridge over Morgan Creek at Ashe Place and Arboretum Drive, in southern Chapel Hill. The Town held several well attended public meetings during this period. However, during the permit process the Town discovered that it was not possible to build a reasonably sized bridge in that location without creating an unacceptable rise in the calculated flood of Morgan Creek. Any bridge that would be large enough to avoid creating an unacceptable rise in floodwaters in the area around Ashe Place would be very expensive and so large that it would be out of character with the surrounding neighborhood.