Phase 3 of the Bolin Creek Trail is the section from just east of Martin Luther King Jr. Blvd. to Umstead Park. The majority of the project was completed in 2017. Since then the Tanyard Branch trail was also completed to Caldwell Street. This allows trail users to directly access the Northside neighborhood via a paved trail.

There is an approximately 550 ft long gap in the trail just east of Martin Luther King Jr. Blvd. This gap was caused by the discovery of an old coal ash deposit on the Town's Police Department property. The Town stopped trail construction until a carefully developed plan to address residual coal ash could be developed and approved.

Work on this final section of the project will include: 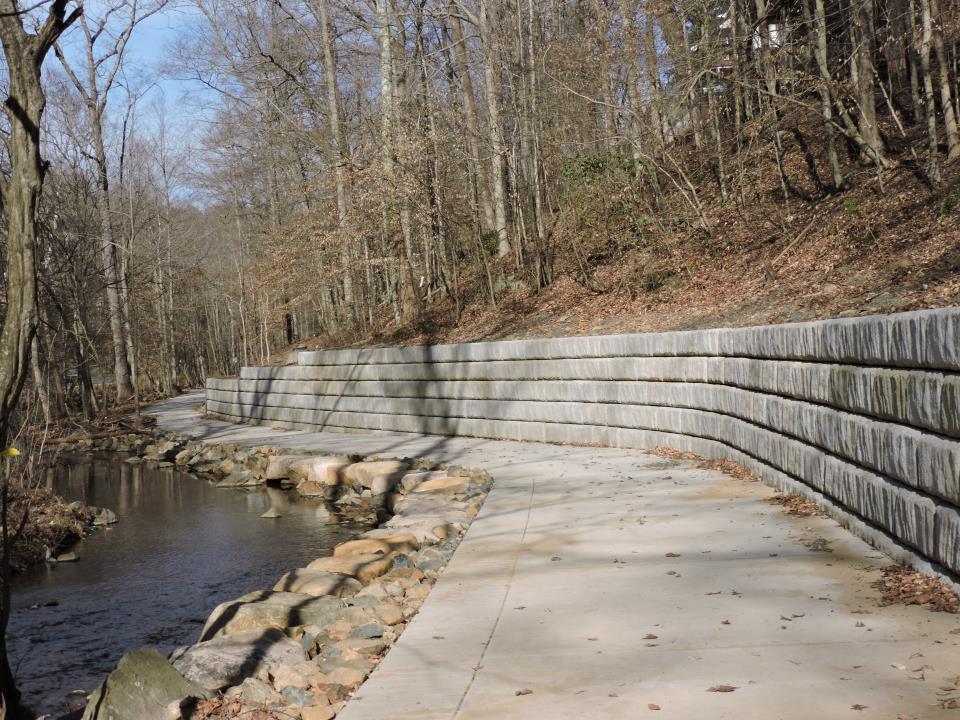 A completed section of the trail west of the coal ash area gap.