Friday, July 3 is a Town holiday. Chapel Hill Transit will not operate July 4-July 5. Yard waste will not be collected Friday, July 3. The July 4th Community Celebration has been canceled. More Information

No mask distribution on Saturday, July 4.

What is the connector?

One of the requirements of the Carolina North development agreement is for the University and Town to collaborate on a pathway to connect the main campus and Carolina North.  The path would not be located on Martin Luther King Jr. Boulevard  and should avoid steep grades where feasible. It may include existing or planned greenways for a portion of the route.

The final Campus to Campus Connector Report was included in the first Annual Report for Carolina North.

What's Next?
The staffs have worked together to analyze the workshop comments and to develop the draft recommendation.   The Town Manager discussed the Annual Report and his Periodic Compliance Report on October 11, 2010 at the Town Council's regular business meeting.  The Council asked that Town staff share the report with the Town's advisory boards and Carrboro in order to consider the recommended route in the context of the various bicycle and pedestrian plans developed by those boards.

The report was shared with:

The Town Council recommended on May 9, 2011 that the Campus to Campus Connector be included in the Town's priority list to the Metropolitan Planning Organization for future funding.  Council agenda materials can be viewed here.

We had a great turn-out and good discussion on August 12th about the draft recommendation. 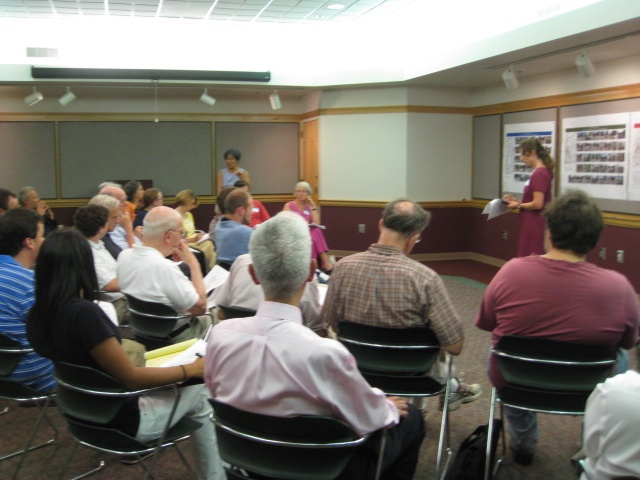 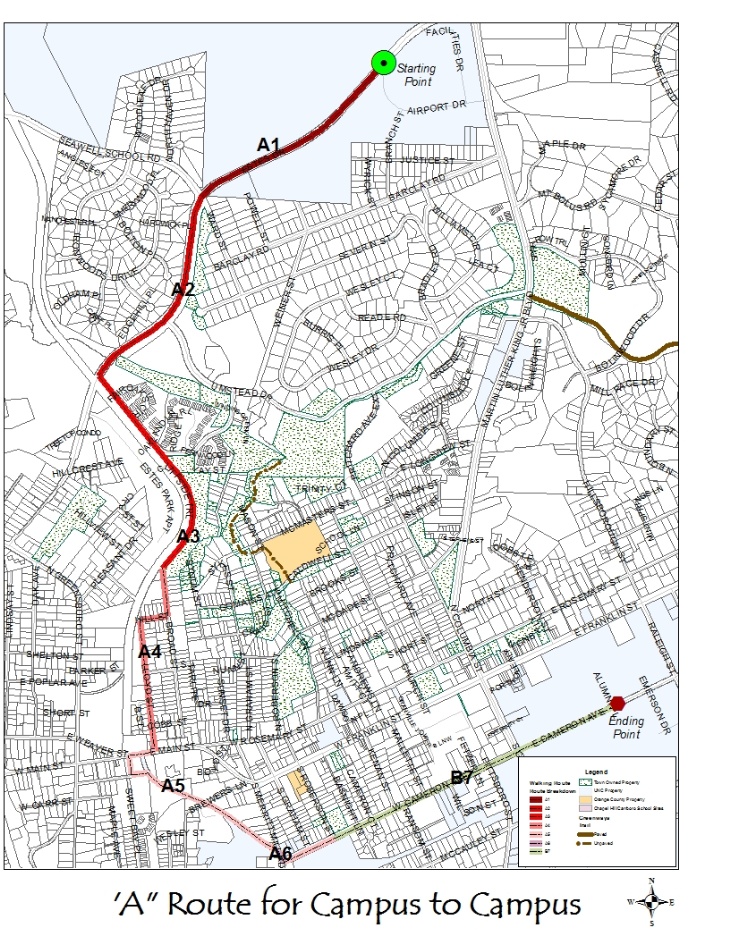 The comments and emails are here, if you'd like to know what people were saying.

Want to comment?  Send us an email at:  carolinanorth@townofchapelhill.org

Town and University staff held a Community Workshop on December 5, 2009. There was a brief introduction by staff about existing conditions between the two campuses. They also shared some examples of the kind of opportunities we’re seeking for new routes through the neighborhoods or using portions of the existing and planned greenway system. The powerpoint presentation is linked below in "meeting materials"

The workshop participants included students, residents, technical experts, advisory boards and community groups.  They shared their knowledge about how to make this connector work and where it might go.  The conversations were spirited and informative.  You can see the notes below and marked-up maps from the meeting, below. 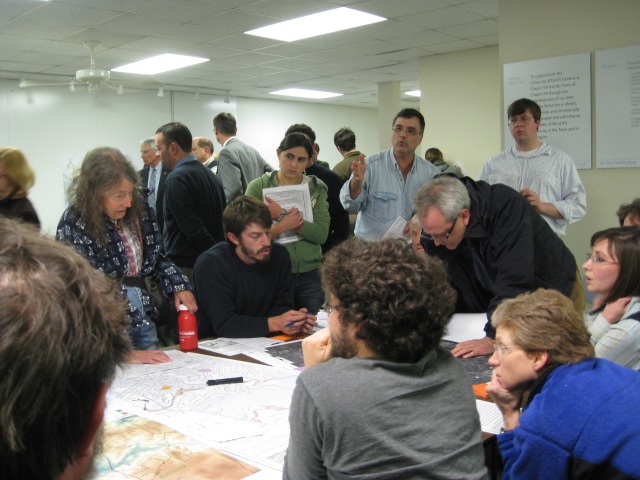 In late February and early March, we explored the routes that were discussed at our community meeting in December.  We collected data, using the maps and information below. 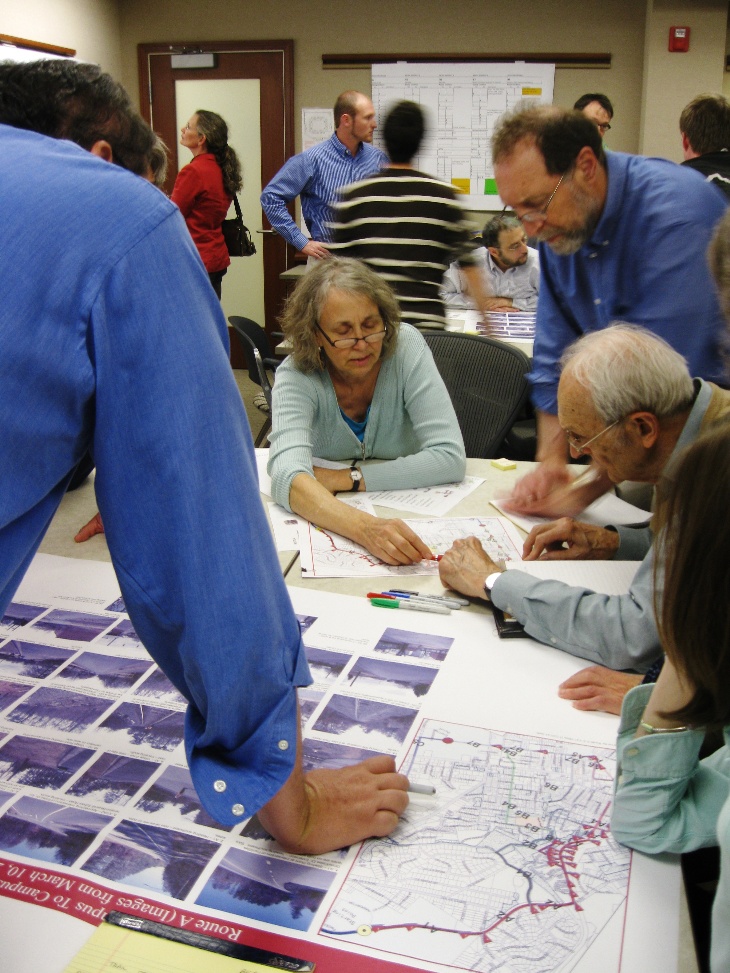 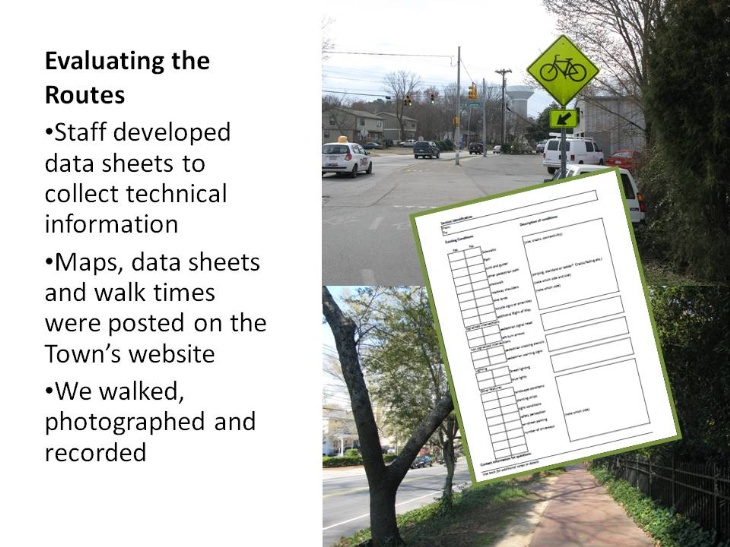 We had many new faces from the community and got feedback about how to best accomplish the goal of providing a bicycle connection from Carolina North to the Main Campus.  Review the presentation and data sheets to learn more.   The maps with photos show a lot of information about the routes.  Click here if you want to see the photos and maps for Route A, Route B and Route C. 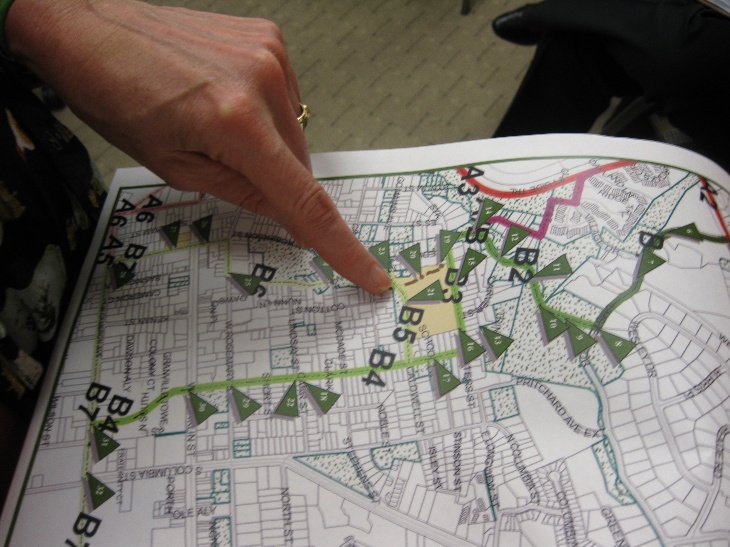 Who do I talk to?

For more information, contact Mary Jane Nirdlinger, special projects coordinator for the Town of Chapel Hill, at 919-968-2739 or mnirdlinger@townofchapelhill.org.

You may also want to view the citizen petition from November 23, 2009 on the connector.