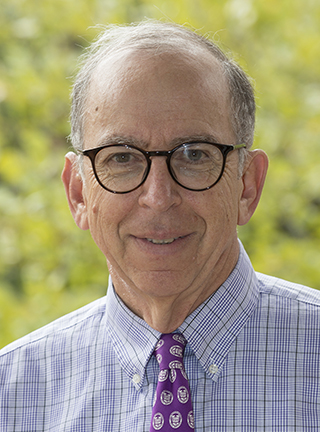 Town Attorney Ralph Karpinos has announced his pending retirement from the Town of Chapel Hill.

Mayor Pam Hemminger reported the news to the Council at its Feb. 19 business meeting. The Town Attorney and the Town Manager are the only two staff positions that report directly to the Council.

“We will miss having Ralph available to provide the history behind important town and state decisions,” Mayor Hemminger said. “And, we are grateful for the passion he has brought to his work.” The Town Council is beginning the process to choose the next Town Attorney, the Mayor said.

Karpinos is currently the longest serving full-time in house municipal attorney in North Carolina. He was appointed Chapel Hill Town Attorney in the fall of 1985. He was previously an assistant city attorney for the City of Winston-Salem from 1978–1985.

“It has been an honor and a privilege to be able to serve as the Chapel Hill Town Attorney and to work with such an exceptional and talented group of elected officials and Town staff and a community of thoughtful and creative residents,” Karpinos said. “I am looking forward to the next chapter and to helping the Council and staff with a smooth transition in the provision of legal services to the Town.”

Born in Washington, D.C., Karpinos grew up in suburban Maryland. He has a bachelor’s degree in history from Duke University, where he was editor of the student newspaper. His law degree is from the University of South Carolina where he was an articles editor of the Law Review. While in law school he clerked for the City Attorney in Columbia, S.C.

Karpinos is past president of the NC Association of Municipal Attorneys and past chair of the Government and Public Sector Section of NC Bar Association. He is married to Carolyn A. Karpinos, a retired attorney, and they have three children and five grandchildren.