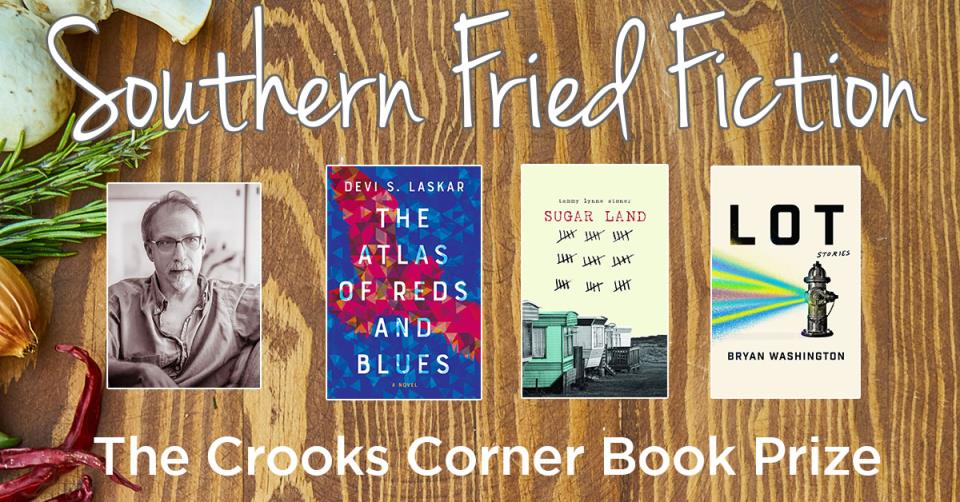 Chapel Hill Public Library, working in partnership with the Crooks Corner Book Prize Foundation, is setting the table for a book chat with a debut novelist whose work has been honored with a $5,000 prize. The winning author will be announced at a private reception. The public is invited to a conversation the next evening, Tuesday, Jan. 7, at 7 p.m., between the winning novelist and Daniel Wallace, author of Big Fish and Professor of English at UNC-Chapel Hill.

This year’s shortlist of nominated books were judged by National Book Award-winning novelist Charles Frazier, author of Cold Mountain. They include:

The $5000 prize, inspired by the prestigious book awards given by famous Parisian literary cafés, is co-sponsored by the iconic Southern restaurant, Crook’s Corner.

“No one has a tougher time getting published and gaining recognition than first-time novelists,” says Anna Hayes, president of the Crook’s Corner Book Prize Foundation. “Our goal is to offer a timely boost to new talent.”

Although eligible books must be set predominantly in the South, the prize is open to writers from anywhere. Flyleaf Books will have copies of prize winning books available for purchase at the book chat.

The seventh annual Crook’s Corner Book Prize honors a debut novel set in the American South. The winner receives $5,000 and a free glass of wine at Crook’s Corner every day for a year.